And then some other stuff happened. In August my whole family came for a visit, including my handsome nephew Hal. Here he is trying out a new mango skin treatment. 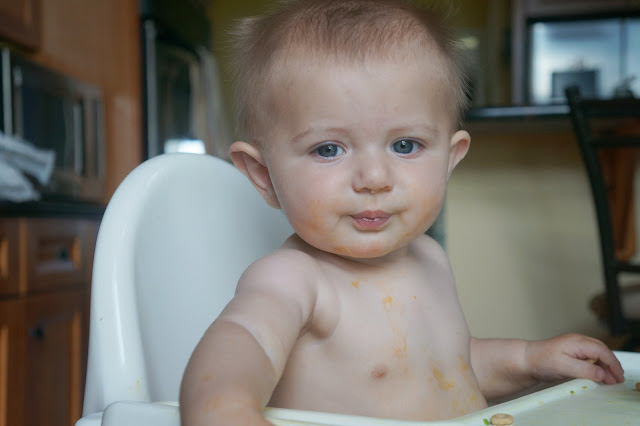 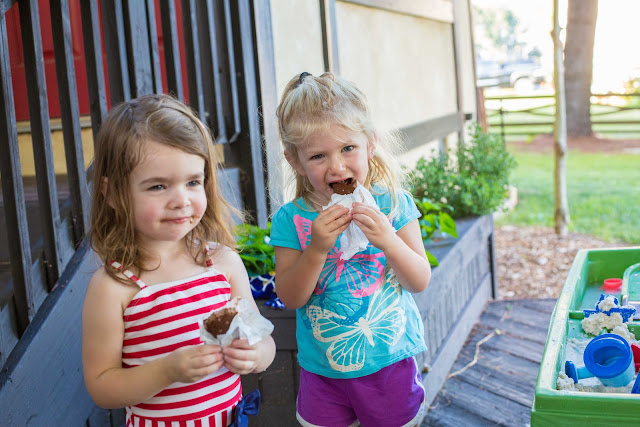 Jason and I went to Quebec City. Oh, is this a story. Due to the world's worst airline (cough cough *Porter Airlines*) not actually being able to deliver us to the city we bought tickets to, we ended up missing a day of our vacation. We were instead treated to a scenic (not scenic, it was dark) 3-hour bus ride from Montreal and a several mile walk in the pouring rain at midnight through a very hilly city. So that was fun. It was nice city although I severely underestimated the French-speaking nature of Quebec. They are really into giant hotels there. 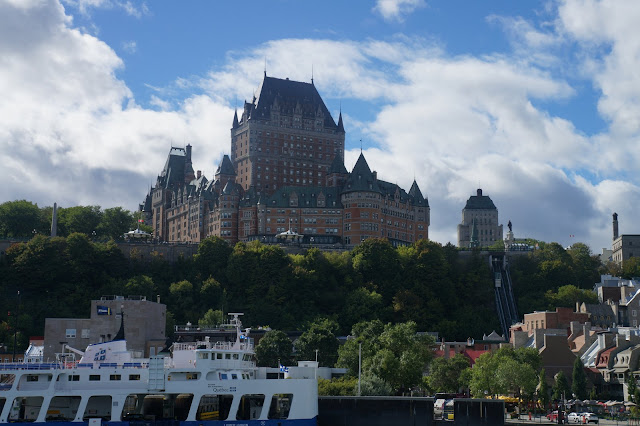 My favorite part of the trip was actually outside of the city. Montmorency Falls is taller than Niagara Falls, and I am aware of this because we walked all the way up the side of that hill/mountain there because I am not one to wimp out and take a cable car. 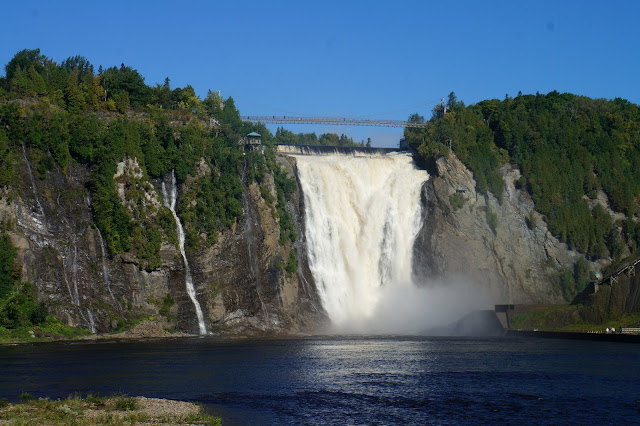 We also went to Parc National de la Jacques-Cartier which is not a "national" park as in the nation of Canada, but a "national" park of Quebec which is not even a nation but whatever don't get me started. It was pretty much deserted but beautiful, and we walked several trails along scenic stuff like gurgling brooks and mossy trees. This is a boreal forest which I didn't even know about! 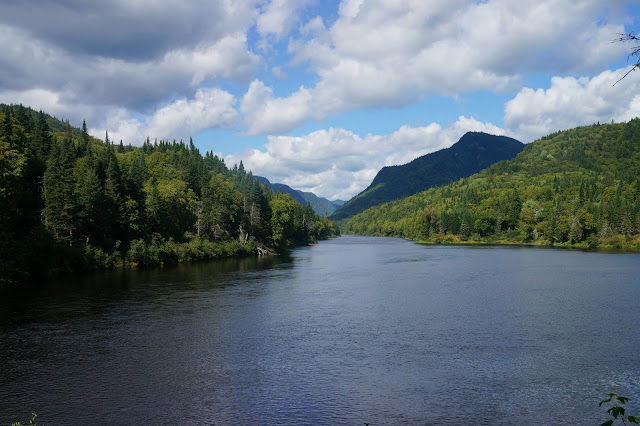 Then it was pumpkin time. Mary went trick-or-treating for the first time, and after a few shy starts she figured it out. "Wait a second... I hold out my bag and people put candy in it.... WHAAAAT". 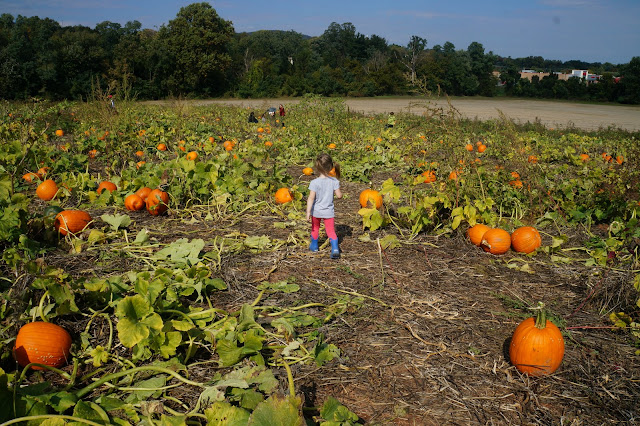 This is just a picture of Mary eating breakfast. 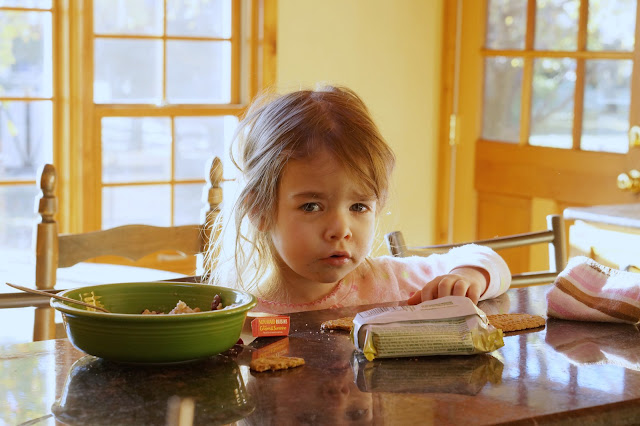 Then it was Christmas time. I vowed last year I would never put lights on a Christmas tree again because it is THE WORST so I got this pre-lighted tree and everything was much better. Mary continues to cluster ornaments on the bottom 1/4 of the tree, but she's short so I can't blame her. At least she doesn't eat them anymore. 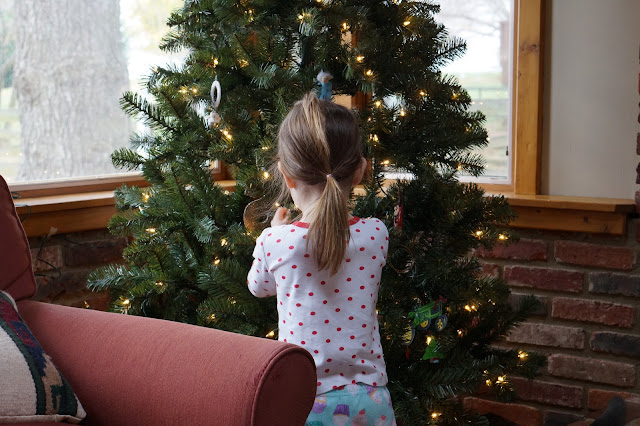 Now it is now. Winter was not too wintery this year so I can't complain too much, but I'm still waiting for it to be over so I can start gardening. Mary cried when I told her we couldn't plant the pumpkin seeds because it wasn't warm enough yet. I know the feeling, kid. 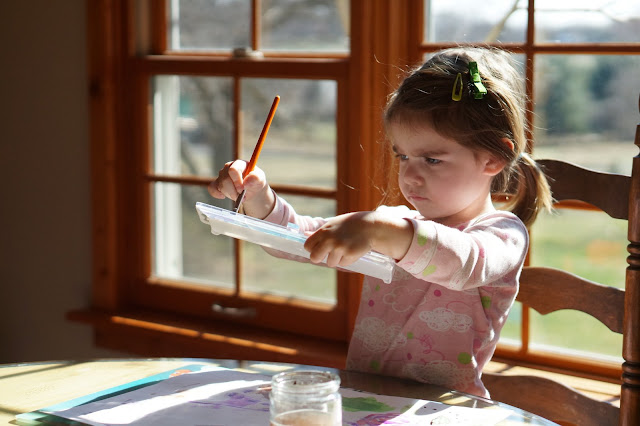 No comments:
Newer Posts Older Posts Home
Subscribe to: Posts (Atom)
Welcome! I'm Sarah. Wool + Home is about yarn, creativity, and all of the little things that make a home.