This month I'm going for "done is better than perfect." No, I didn't get around to moving my camera photos onto my computer, so these pictures are from my phone. No, they are not in order because for some reason Blogger imported them most-recent first, and if I try to move them, they disappear. (Know that the sentences preceding this have now been sitting as a draft for 12 days. Moving on.) 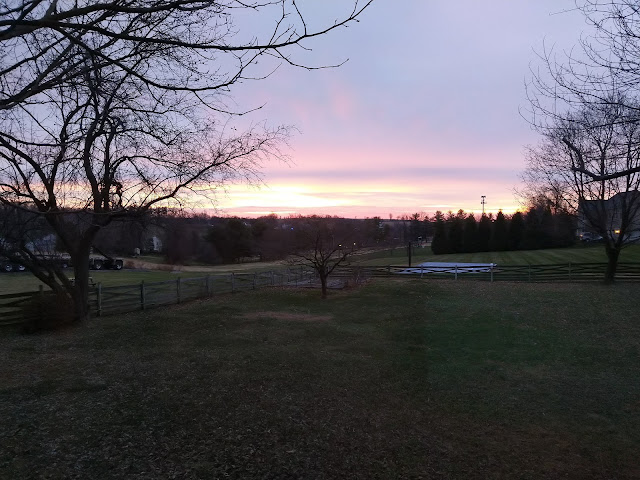 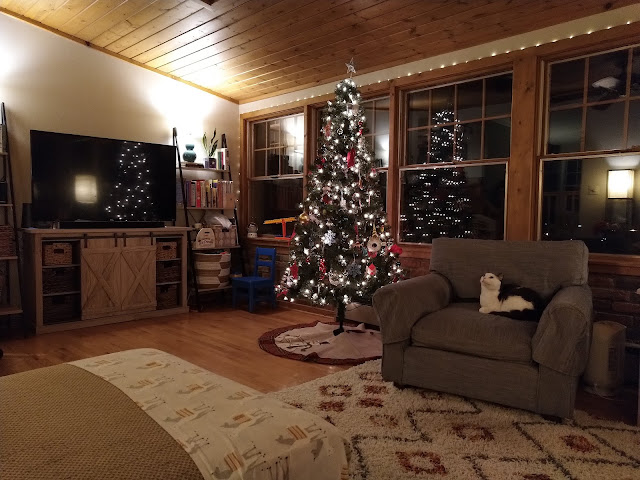 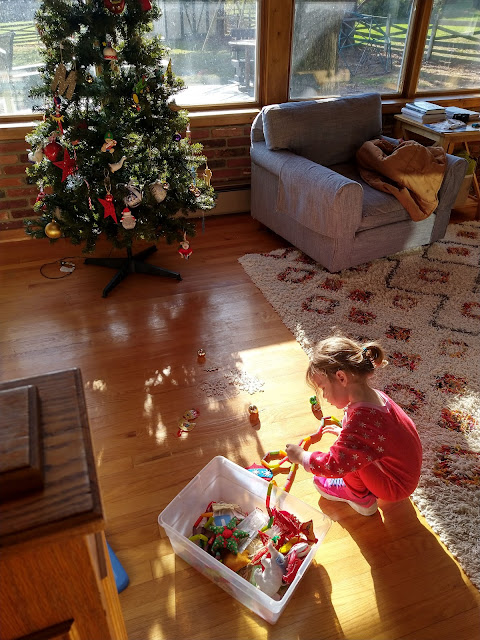 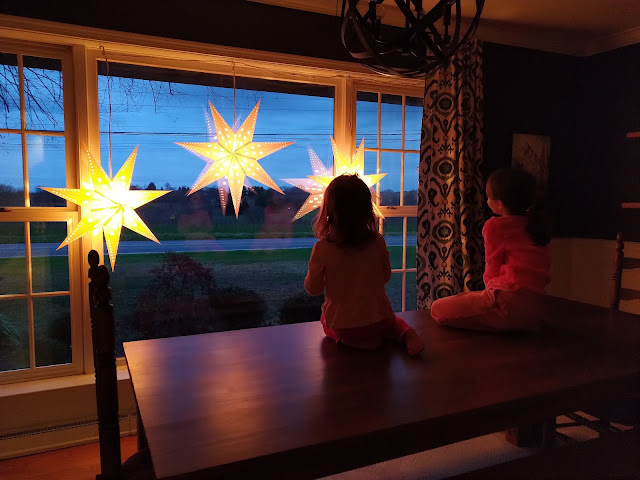 The Christmas season is now upon us (because it is December, not in September as Home Depot would have you believe), and the girls and I have been excited to decorate. I'm not a fan of winter, it's too cold and dark, but I think the twinkly lights and warm baking helps. I keep saying there need to be traditions to get us through January and February, but so far no one has invented any. Maybe the tradition in my family is for everyone to have babies in January. 4 out of 6 cousins have birthdays in January. 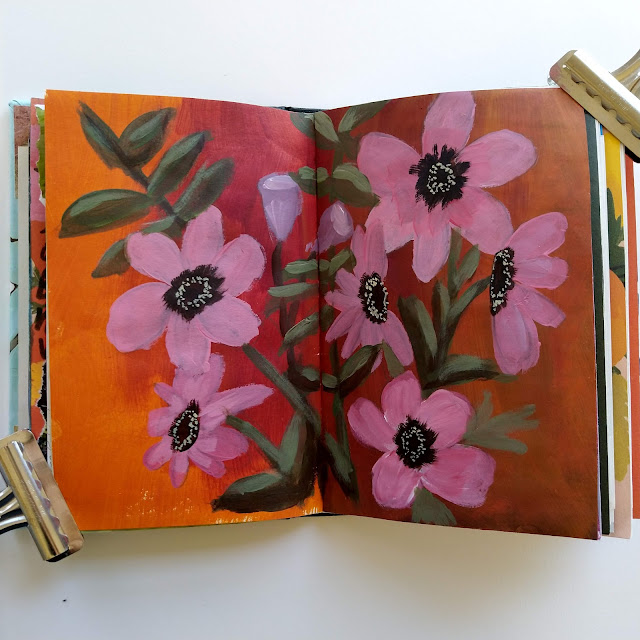 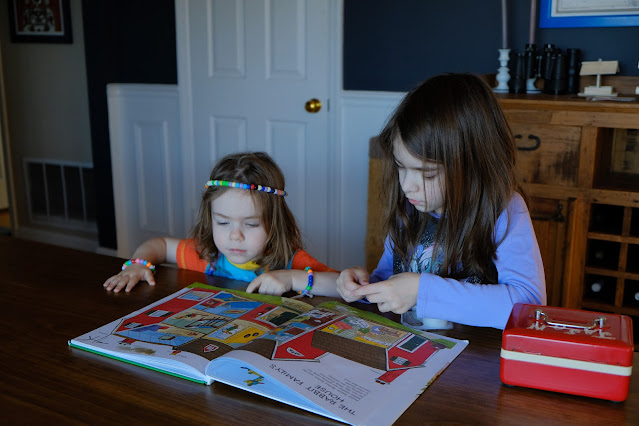 I was doing pretty well keeping up with walking, but then winter happened. My face gets too cold for comfort under 30 degrees, and then the snow and ice came and never went away. I have been reading in the mornings before work, but it's not the same as getting outside. I spend most of the day in one room! 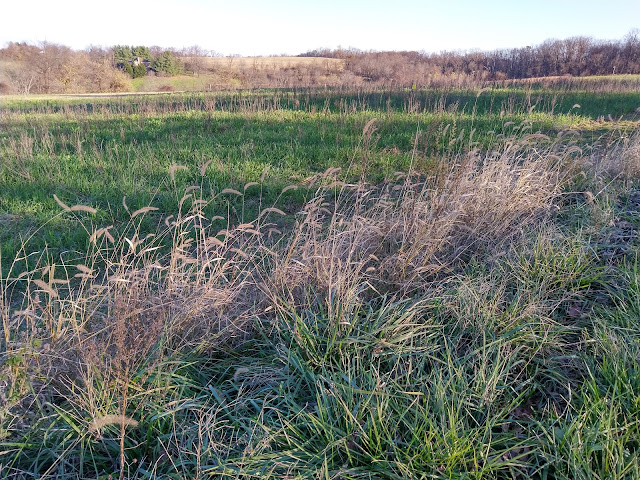 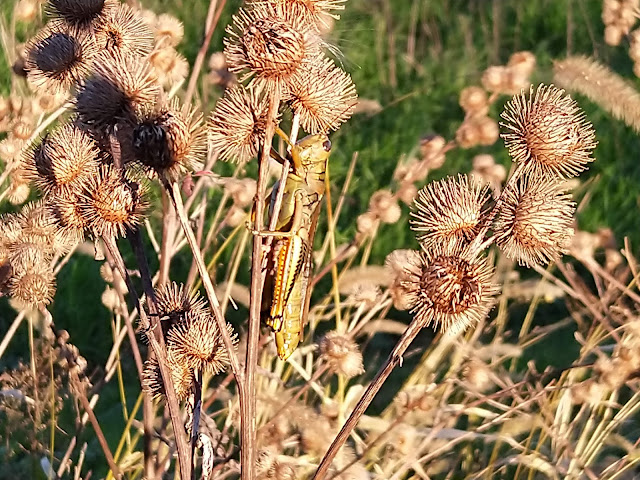 Mary turned 7 in November. Like nearly all girls her age, unicorns and small, cute animals are her obsessions. 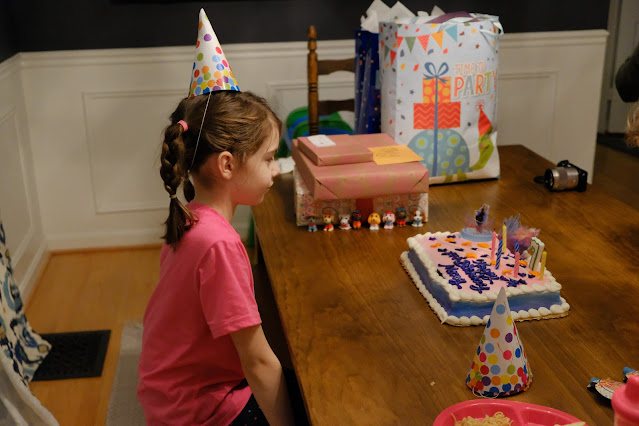 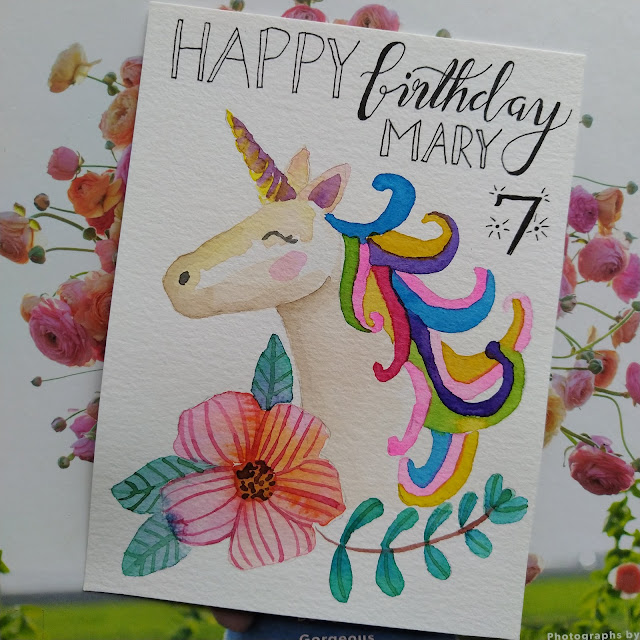 This is also the time of year when I, and everyone, starts thinking about plans for the new year. 2020 of course was different than any of us imagined, so I'm not making any ambitious plans for 2021. This year I was supposed to fly to India on February 28, and that didn't happen. That's probably what I'm most disappointed about; but I hope I get to travel to India at some point in my life.
The increased reliance on virtual everything made a lot of us really contemplate the Internet and specifically social media. I watched The Social Dilemma and now I'm reading How to Do Nothing by Jenny Odell. Last year it was Digital Minimalism by Cal Newport. Instagram is my vice of choice, and I spend way too much time scrolling through posts and stories. Can I remember more than 5% of what I saw? Probably not.
I have been blogging for 15 years (not including the several years break I took leading up to this year). I will always love blogs the most; I actually read the content and engage with a post for as long as it takes, as opposed to a second or less on an Instagram post. I can curate what I read and not be bombarded by ads that follow me around the Internet or are based on my "likes." I am making the choice, not an algorithm. I don't think blogs ever really "died", but they certainly aren't as popular. I hope that this form of communication gets rediscovered; and it is, through newsletters, which seem to be increasingly popular. Isn't that just a blog post that gets delivered to your email?
I am trying to avoid making set plans for the next year, since it's impossible to plan a whole year in advance, and who knows what is going to happen? But I am contemplating deleting the Instagram and Facebook apps (which I mainly use to admin my local Buy Nothing group) at least for awhile. I want to blog at least once a month, and that has led me to ask WHY I do this. I can see my stats and I know that not a lot of people read this (it's ok!), but it really is the best way to connect words and pictures. I am planning on having my blog printed into an actual book because I don't trust Google not to start deleting blogs after a certain point. They have already released their intentions to do this with photos!
What are your plans for the new year? Thoughts on the attention economy? Merry Christmas!