The "word of the year" thing has been going around for quite some time, but I feel like this year it really has exploded. It makes sense because who wants to make actual resolutions or plans when we don't know what this year will bring?

My word of the year is "Simple". I've always been constantly busy with projects, that's just who I am, but maybe it's ok to not do all the projects. I've come to the point, with knitting especially, where I don't need the end product. I could probably wear a different knitted accessory for months without repeating! Lately I have been focusing on just knitting one thing at a time, and choosing projects more for what I would like to work on, rather than the end result. 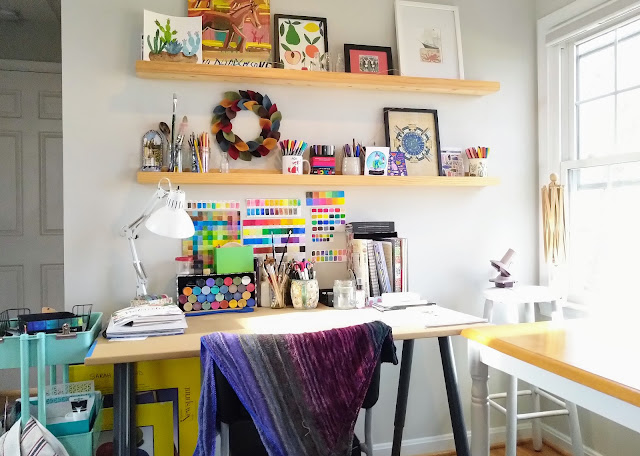 I have been decluttering for several years now, and I'm reaching the point where there isn't too much left to get rid of. There is actual space in all (well, most) of the closets. I continue to let stuff go as I find it. It's not so much dramatic Marie Kondo-style cleanouts anymore, rather dealing with things once I realize they're not being used.

The other day I went on a walk and saw a bunch of turnips and potatoes sprouting in the field. They are sitting on top of the ground and growing, which means that someone must have tossed a load of root vegetables. But why?? There is a story here, and I wish I could know it. 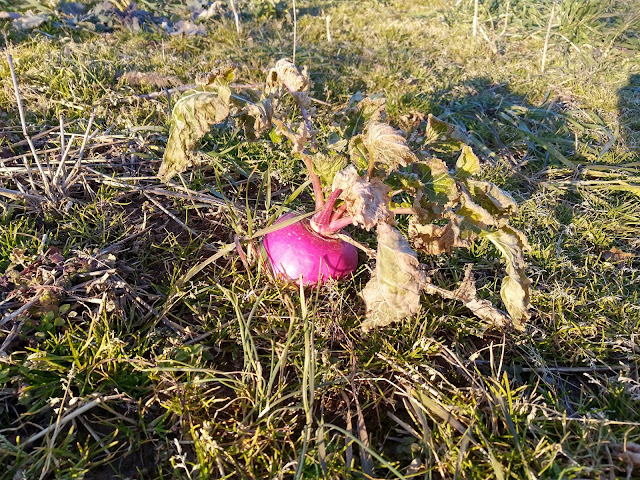 I finished my giant scrap shawl, which you can glimpse draped over the chair in the top photo (more pictures coming once it's blocked.) I started a pair of Lotus Mittens in Knitpicks Palette. Palette is actually a pretty decent yarn for colorwork, and it's not that expensive. It is 100% wool so it's not the softest, but for mittens and hats I find it quite comfortable. I should have read the notes on other projects before starting these, because the pattern as written is incredibly long, and I have small hands to begin with. I decided to eliminate the third lotus motif, and am just winging it when it comes to the top of the mittens. We'll see how much I regret that when I get to the second one. 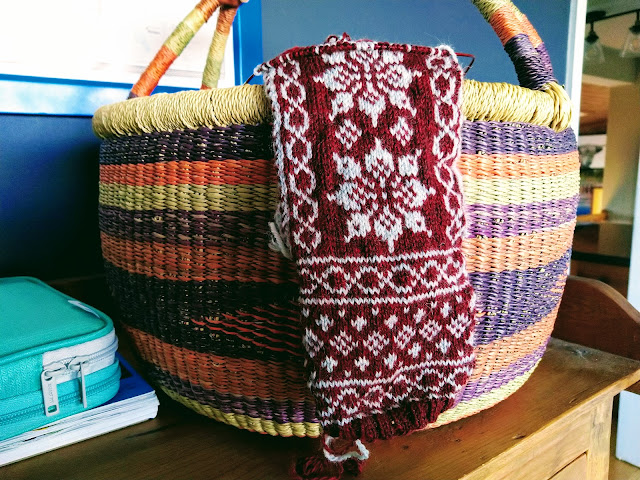 That's all I have for now, and here's something good I read this week: A Soft Manifesto by Cortney Cassidy.